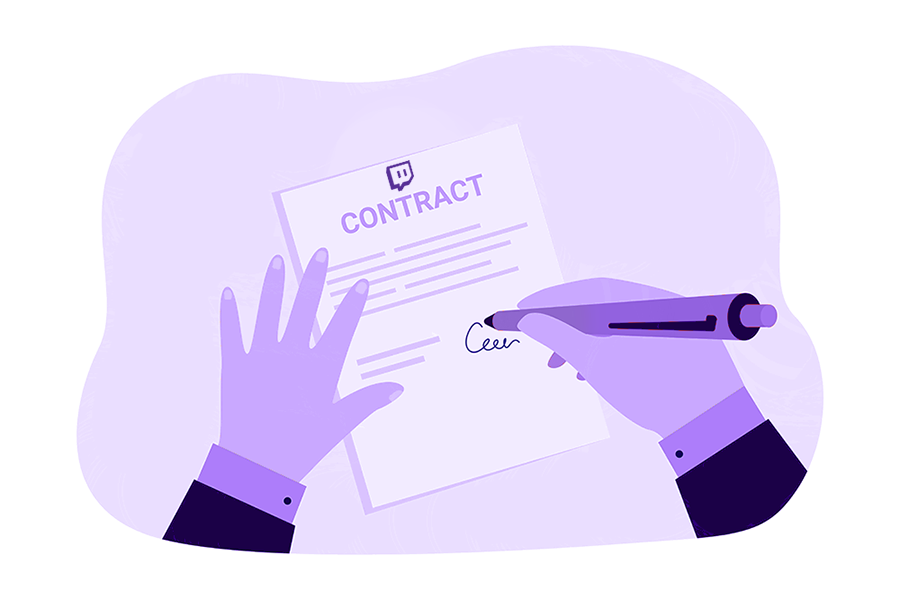 In late September 2022, Twitch President Dan Clancy announced a new streaming partnership altering how revenue is split between the platform and its most successful streamers, deciding on a revenue split of 50/50 instead of the favored 70/30 split which is the industry norm for most streaming services.

The platform’s streamers were overwhelmingly upset with the new Twitch partner deal. A 50/50 split is the standard term Twitch already offered, in addition to 70/30 terms or “premium deals” for some of their more popular streamers. Premium deal streamers would retain the 70/30 split agreed upon but only for the first $100,000 earned cumulatively (not annually).

We’ll review what streamers are saying about this controversial new deal and how the terms will impact Twitch moving forward.

When streamers were informed of the new terms in late September many were upset about the new partnership.

According to The Verge, Clancy’s announcement about the deal came after several months of problems between Twitch and the platform’s creators. Twitch partners who belong to marginalized populations were inundated by “hate raids“–raids that were met with a slow response from the company’s leadership.

Moreover, ads were interrupting streamers at inopportune times and some of the platform’s top talent has been leaving in droves to strike lucrative deals with other streaming services.

When Clancy announced the new deal many streamers were quick to criticize it. Many streamers took to the Twitch Uservoice board to voice their displeasure with the new policy.

A streamer by the name of chrisxodash question whether Twitch cared at all about their streamers and noted that many will begin jumping ship, opting to use streaming services like YouTube. Another creator who went by the name karterstrophic demanded that the platform pay them fairly, and highlighted that their revenue comes directly from their streams and content.

The entire thread is full of dissatisfied streamers, feeling cheated and used by a company who earns revenue on the content they produce.

Twitch responded to the controversy with Chief Monetization Officer, Mike Minton stating that a long-term 70/30 arrangement was “not viable” and that Twitch was focusing on longevity and creating a framework to support streamers for years to come.

The response did not appear to satisfy streamers, which could have a detrimental impact on Twitch bottom line. With users threatening to leave for YouTube and other streaming services, Twitch might find that the new pay structure won’t cover the cost of continuing to lose popular creators.

Twitch will also need to consider how this new deal will affect their public perception, especially given the negative attention they received due to the aforementioned hate raids and the #TwitchDoBetter protest.

The new deal will no doubt have a disproportionate impact on streamers from marginalized communities including Black streamers, LGBTQ+ streamers, and streamers experiencing disability—groups who have already had difficult with Twitch promotion.

Only time will tell how the new pay arrangement will impact Twitch and its current roster of streamers. Given the overwhelmingly negative response from creators, Twitch may have to rethink the new deal or hold out and see if they can retain users despite it.