How to Get Stream Viewers and Recognition on Twitch

Twitch used to be the exclusive domain of the gaming community to get stream viewers. But times, they are a changing’. With the launch of Creatives in the Twitch-sphere, 2D and 3D artists are building communities of their own. With that has come a whole new set of fans and new pathways into this totally interactive space. If you’re just starting out on Twitch—or finally taking your channel seriously—you’ve got a lot of competition. Right now, we’re unpacking all the ways you can get noticed, find your community, and curate a major audience. Fast. Get instant Fame from the tips of your fingers! 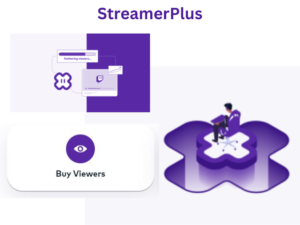 Tips to Get Stream Viewers and Basic Rules to Grow

There are rules if you are interested in growing as a professional streamer. You can’t just go live and hope for the best. You will waste your time. Here are tips for every small streamer and what you should know before going live. But the very first tip, you should expect to have zero viewers for your first Stream. Turn off your viewer account and Stream as if you have hundreds of viewers. There are multiple reasons for this.

So many people say, “I’m not going to talk to myself. I’m not going to try to be entertaining”. No, sitting there stone-faced like a zombie playing a video game and not even trying to be an entertaining streamer is more idiotic. Go for it if you’re streaming to mess around and have fun. But if you’re streaming because you want to grow, you need to stream as if you’re producing content for TikTok for YouTube, YouTube shorts, Instagram, and every other social media platform out there.
If someone joins, it’ll still say zero, they’ll see your stone face zombie, and they’ll leave. Then it will go one. You’ll try to talk to them, but they won’t reply because they’re already gone—just a fact. 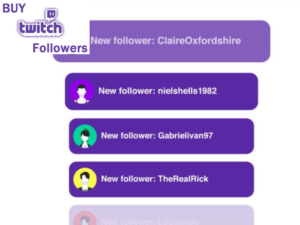 Make Use of Creative Titles, Tags, and Categories

You need to put time into your titles and get creative. This is something that I see all the time, and there are just some people that title these things if they are not famous streamers. Their unprofessional written title will be something other than something that brings in viewers. You need to be creative with your title and have more than enough descriptive stuff.

If this is your first or second time playing, or if you’re new to the game. People are going to flock to your video or your Stream that is creative and entertaining. Some might decide to explain how the game works or see how badly you’re failing and struggling. It might be an attractive stream for you because it’s new grounds for you, and you might bring in some new viewers that would never have watched you play another game, so there’s creativity in that.

You should try your best to be more engaging. You should try to be descriptive and put some time into your titles. Don’t just be like playing path of Exile yay, like you need to be somewhat descriptive, somewhat intriguing, and exciting and bring somebody in, and with that, all being said, do not do giveaways or do not post giveaway titles in your Stream if you’re new. They are not going to help you grow. You may get a few followers who hope they win from your giveaways, but most people aren’t going to stay.

Go through Twitch, look at stream titles that you would click on, and ask yourself why you would be interested in clicking on this, not just because this person has 600 viewers but because the title was appealing, attractive, or just caught my attention. 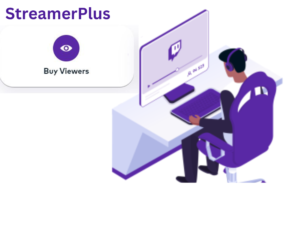 Use titles, tags, and intelligent category choices to grow. The large majority of creators need to be titling their streams. They are just writing the words, chill vibes, or they’re simply writing the name of the game. That is it, and there is no reason for a person to click on that Stream. There is nothing special, unique, and clickable about those titles. And the sad part is even if you did create an individual title, you might only make views if you make intelligent category choices. It is a great mistake if you’re streaming Fortnite, War Zone, Apex Legends, or any other massive, overly saturated category because that’s the only game you enjoy. But if you have zero viewers and are not producing content on other platforms, you will not be discovered in those categories.

You must choose the appropriate category to be discovered on Twitch. Pick a category that you can be found in. You can sit in the top three rows and then use a unique and engaging title and a friendly, solid-looking thumbnail so that people will click on you rather than the person next to you. If you do this, you’ll start to get a few clicks and a few viewers. And I promise you, just getting three to four viewers is much better than sitting in the War Zone category and streaming to zero viewers forever. You can decide to buy twitch viewers for a quick boost.

Make Use of VODs

It would be best to turn your VODs on or, at the very least, record your streams. If you don’t do this, it also means you’ll kind of waste your time. It’s not good, if you stream for four hours and don’t record. Also, you don’t save any of the VODs. You have yet to achieve anything if you didn’t get followers from that stream.
If you stream to zero viewers for four hours, but at the very least you saved your VOD, it means you can go back and use the highlighter tool to find all the best bits, create clips and post them to other social media. You can as well populate your Twitch stream. If you want to turn your VODs on, Go to your Settings, go to Stream, and you can click that little button there that says, Save VODs.

Motivate Yourself with Passion

If you’re streaming for money, fame, or generally streaming because you want to do it as a job because it seems easy, then you’re probably going to quit. This industry is ruthless, and you’ll need much more motivation and discipline if you want to grow in it because you get none of that for a long time as a streamer. You get very little money. You get very little fame until you’re much more prominent. You’ll be much better off if you’re doing it because you have a passion for it.

Set up your Twitch auto-moderation because it is found that a lot of guys have yet to learn that Twitch has built-in AutoMod and that you can turn it on. You can see it in your moderation tools on your stream dashboard. Take all your personal information, and put it in your band phrases on Twitch. This is a good idea if you don’t want to leak all your personal information easily. If you reveal your phone number, email address, home address, full name, or whatever it is, someone finds that and comes to your Twitch chat and types in the phone number. And it doesn’t come up because it’s a band phrase. All you have done is give that person confirmation that they did find your phone number, address, or whatever else. They can now confidently dox you, troll you and hurt you because they are a hundred percent correct in the information they have received. 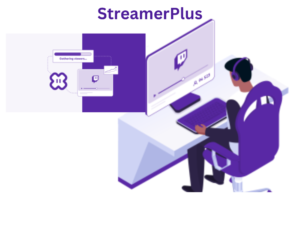 Lock in a Schedule and Stick to It.

People need to understand how crucial this is. Everyone knows that people have work and life issues that they won’t be able to overcome, and that’s fine. If they are streaming consistently, it will appear on the stats and show viewers at least in the past three weeks when they went live, for how long, and on what days.
They are not consistent if, almost every single time, they are streaming at random hours of the day, lucky days of the week, and they’re streaming random games with no consistency.
If your only discovery method is Twitch, then you need to lock in a schedule because humans are creatures of habit. Every day at 7:15, when you go live, they want to sit with their dinner and watch you. If you are not there, they will watch someone else. It doesn’t matter. It’s just a fact.

Suppose you want to be a streamer but need to set a consistent schedule because of work or public life instead of a consistent schedule. It would be best if you started building an audience. You can’t just say, “Well, I can’t have a schedule, so I’ll do my best.” No, stop trying. Focus on videos. At least one video a week is better for consistency. 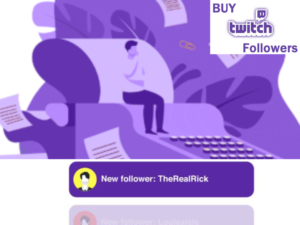 Many people find it difficult to get stream viewers on Twitch, but there are these three things
that you can do, and they’re very strategic. These are specific things you might not think about, but they impact bringing more viewers to your twitch channel.
Getting started with number one, this is something you might have heard other people say a bunch of the same stuff, and one of the main things is don’t stream saturated games. But there is a sub-thing for that, so stream targeted games. One doesn’t stream saturated games. So stream a game you’re going to like because if you’re streaming something you are not as a player comfortable playing, it will be evident to the audience. It would help if you guys targeted it towards, you know, something that you’re going to like with to entertain your viewers.
The next thing is to know a good game for you to stream. While it is always interesting for you to stream something you’ve never played before, and maybe there is not any new game that you haven’t tried that you want to try. Find a game that you like and then play with the rule of thumb of trying to find one. Some of these games will be completely different, like Mario Party 4 on GameCube. If we go here, there is going to be somebody, yeah, with eleven thousand people watching one Stream, and this boost the whole thing that does not mean you’re going to be successful playing Mario Party on GameCube. Then you’ll start getting into less saturated games and find something you’re comfortable with and own.

Not a lot of people are doing this final tip. You can put follower goals in the titles of your Stream. Professionals have tried to put something like a follower goal on there. It’s something people can contribute to without spending money, and they’ll come into the Stream, and they will follow to help you towards your goal.
They might be interested in something other than your content. They might not have watched you before, but it’s an opportunity for somebody to come back and watch your Stream in the future, and it’s super easy to do. Just how many followers do you want to get? So, say you have yet to reach 25, and you’re at 10, put 10 out of 25. It’s super simple, and it’s all-inclusive. You can spend money to get there.